As those that read my blogs know. I like to share my thoughts, ideas and experiences on things esoteric and paranormal, here at my blog.

This blog is no different as it relates to an experience I had back in November 2018, over my house in Melbourne, Australia, that has still left me without answers.

It was just another night where I had finished a dedication ritual to the dead at my outdoor shrine, with offerings, prayers and thanks. I happened to look over toward the west and saw nothing that unusual. The sky was mostly clear, all but a few clouds around and there was many bright stars to be seen. On looking, I noticed one star in particular that seemed to be extra bright in the western sky. My first thought was a planet, as there was a few around at this time in the night, which was 10:30pm. I went on with what I was doing, however something told me to look once more in that same direction.  This time what I thought was a bright star or Planet was not to be seen where I last saw it. I thought maybe it just went behind a cloud and waited for my eyes to adjust, but on doing so there was no clouds to be seen there. What ever the bright light was, it now had got my full attention. So I now walked out onto my lawn in the middle of my backyard to look for the bright light in the night sky. After a little while I found it once more, to my surprise it was moving slowly towards me, getting closer and closer all the time.

I went inside quickly and grappled the nearest camera to me that I could find, my smartphone.

On going back outside, into my backyard, I half expected the object to be long gone. But no, it was almost right over the top of me and shining very bright. To the point where I thought I would have to go and get some sunglasses to wear. There was no sound or flashing lights of red and white, that are stranded on all aircraft around the world. It also seemed to be changing colour from time to time, green and then to maybe blue, it was very hard to tell due to the brightness.

So I started filming this object through my smartphone and on zooming in close, could see that at times it was the shape of squares and other times it looked like it had a bright round centre. It also seemed to me to have a misty, cloudy substance around it, I really did not know what I was looking at. Another thing I noticed was that there were sudden small bursts of light a short distance from the object around it and higher up above it. However, this could not be seen in the still shots I look that you see here.

I was no stranger to seeing, even filming what I would call U.F.Os of the disk shaped and triangle shaped kind. Those familiar with my other work will recall that I have even received images of disk shaped U.F.Os. Also what would be described as Alien “Grey’s” through Instrumental Trans-Dimensional Communication (I.T.C). To learn more about I.T.C, please see some of my other blogs on this subject.

I will now let the still shot photo’s do the rest of the talking. 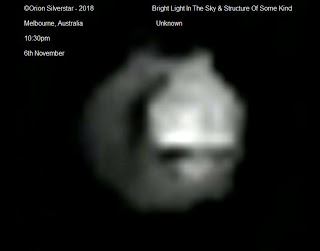 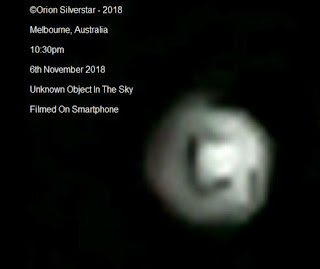 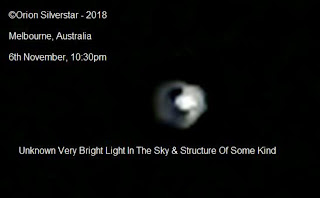 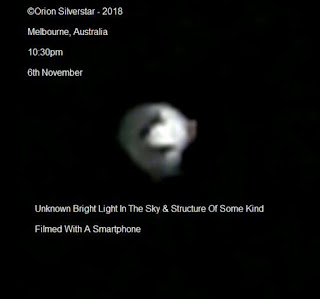 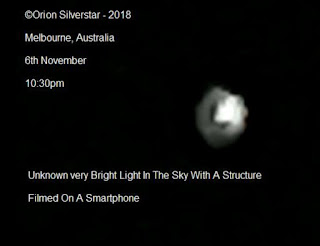 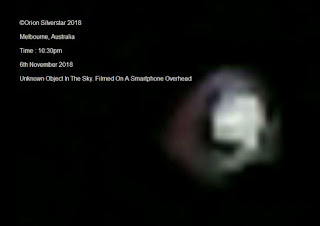 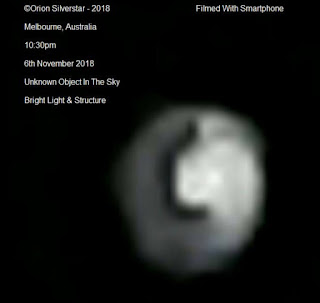 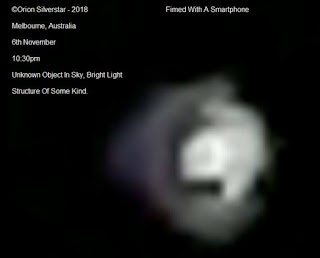 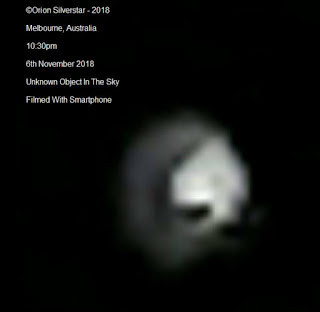 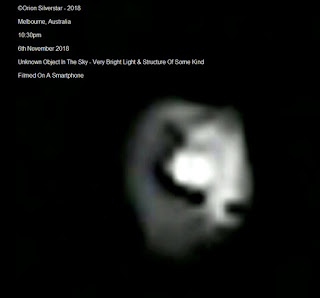 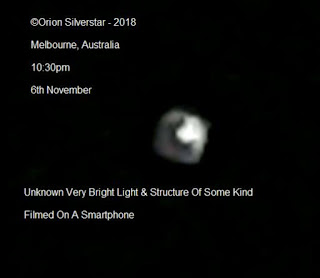 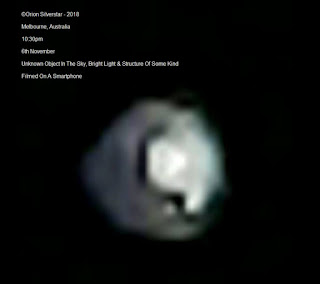 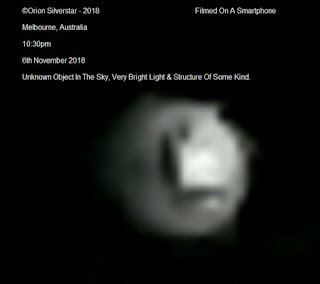 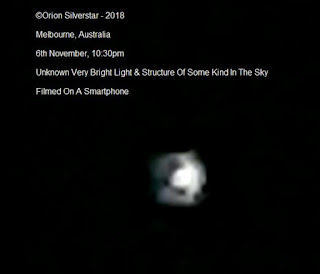 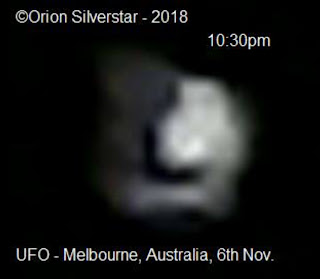 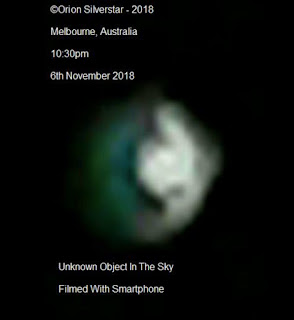 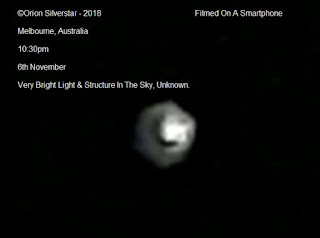 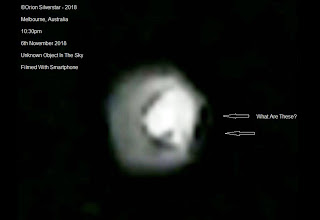 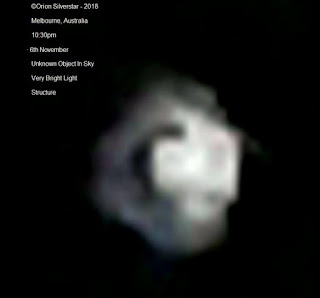 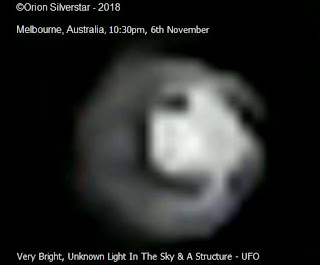 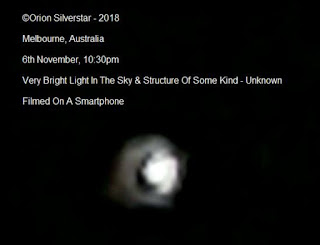